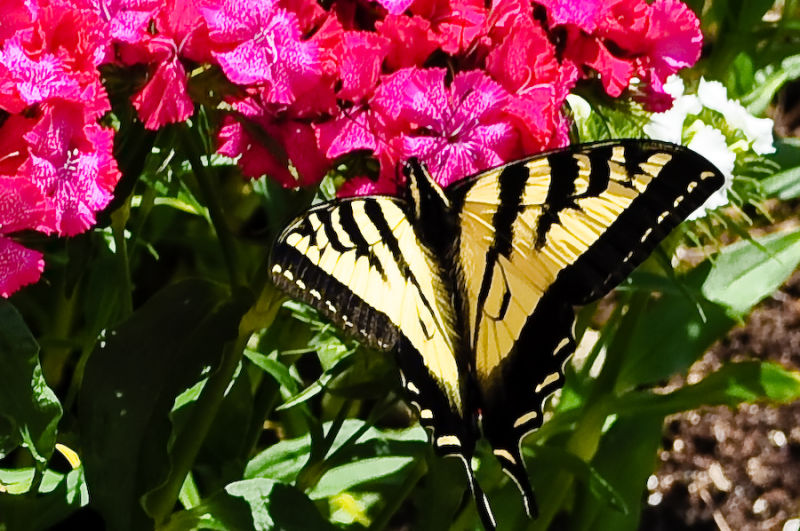 He was rather hard to catch with his wings open! He went hopping around, from flower to flower for about 15 minutes!

Long time no see! Been busy with doctors, chemo, scans etc. So I have really only had time and energy to post on Facebook, where I don't feel quite as obligated to visit and post all the time. I also started another photoblog . I destroyed my old one putting up scripts for a site where anyone could join and post photography, music documents, powerpoint shows, and much more. It was fully functional but I was using too much bandwidth from my webhost so I figured that it would likely cost me too much to maintain if invited other people to post their stuff. Twas interestng to edit all that stuff and configuring it to work properly. Ah well! I have another regular photoblog started - not much uploaded so far. Will probably end up duplicating a bit of stuff on here. Tons of my photos are stored on another 500 gig drive - I was running out of hard drive space.

Anyway I hope you enjoy my butterfly! I have a feeling that the photo is so over colored but couldn't present it in black and white because of my butterfly!!!! Let me know if you agree?

Please go ahead and give me constructive criticism where needed! I am a bit out of practice at both taking and editing decent photographs - so help me if you can!

If you like my photos, please rank me on VFXY